You resist, you resist
then when they agree
you feel dismissed
because you want what you can’t have
and you can’t let yourself have what you attract.
So close, but never enough
to break your fear of their touch.
Call it prude, call it in control,
but you’re just trapped in a role.
Perpetually tricking your inner voice
into believing isolation is a choice.
Depriving yourself from the ones
that understand where you come from
because what could be more commendable
than being the only one to understand yourself.
It’s a sick little charade
so fitting for your sick little brain,
where the very thing you want most
is the very thing that would destroy your ego.
And it’s funny in the end
because you want people to believe you’re complex
but you’ve already proven through your twisted issues
that something so complicated lives within you.

Features “Grand Scheme”, “The Fear I Long For”,
and “Ghosts In My Room”
from Rather Be Haunted on Amazon.com

I once had a date try to kiss me
I shoved him off of me ever so quickly.
I once had a man grab me by the waist
I ran off before I could see the embarrassment on his face.
I once had a guy hold my hand on a walk
all I could think was “I can’t wait to wash him off”.
I once had a movie night with a boy that drove me insane
I was pissed when he interrupted every scene for foreplay.
I once had a guy ask me for a kiss
I was so damn uncomfortable I purposely missed.
I once had a boy text me over and over about his day
I didn’t add him in my contacts in the hopes he’d go away.
Not once, not twice, not even three times
did I go out of my way to make a fool of these guys
because when someone sees romantic potential in me
you can bet I’ll try to sabatoge it immediately.

The Romance Experiment by Valerie Parente

I hate trying to make my love life seem relevant
with this nonsense in the world known as The Romance Experiment.
It’s when I give someone a chance
before I get the chance to vomit
then I vehemently try to stop it
and don’t give you any options
back and forth with what I’m wanting
because one second I’m terrified of being alone
the next second I’m terrified of being anything but my own.

Yes it sure is fun, my love
trying to get intimate with me
and when I say I want intimacy
I mean intellectually.

This Fear Goes So Deep by Valerie Parente

I’ve got people who want to talk
and I know what they really want is touch
they’re just trying to warm me up
and that really pisses me off.
Because I’m offended by attraction
I get defensive when you want a physical reaction.
My brain wasn’t made to pretend it doesn’t notice
when men try to fool me with a thing called romance.

I’m starting to think that my anger with the men in line
is a form of anxiety designed to defend my mind;
Yes this is a fear of intimacy ultimately
but its also a fear of being challenged intellectually
because I often feel deep disgust
by the boys who admit they have a crush
It translates into “I think that you’re stupid”
because romance involves courtship
and courtship assumes I’m desperate
and desperate translates to dumb
and dumb people don’t think, they touch.

I feel like boys are trying to pull one over on me
all control, all of my autonomy, all the things that make me unique
and I know the intention was never to make me feel degraded
but I feel so Goddamm violated
when someone is attracted to something other than my mentality
because my intelligence is the most important part of me.
So how dare you think you’ve fooled me
into being a sexual prop or something weak.

And I’m no fool, I know I’ve only ever been in love with the guys
that I secretly know aren’t really attracted to my type
and I think that my fear is getting worse these days
ever since I broke my own heart using a friend’s name.

I know this phenomena makes no sense;
trust me, I’ve scoured all of the internet
and I can’t find other people that share this mindset
so I’m not really sure where to go next.

It’s not being prude
its self-preservation
it’s protecting thyself from everyone else
in an attempt to preserve
the life lessons I’ve earned
because what could be worse
than losing the individual I learned.

I swear, this fear of intimacy
is not a fear of what’s in me
it’s fear of a touch that might corrupt
everything I’ve ever dreamed of.
Because what happens when I open up?
Would it change the person I was?
I’ve spent a lifetime learning who I am
and I’m so deeply scared
of my worldview crumbling at another’s hand.

you never really did care, did you?
it was never about my feelings
it was about abiding your ego
and the anxiety that makes it seem whole
when in reality you’ve just been stuffing fear into a structure you call personality
fear of intimacy
fear of commitment
fear of emotions
it was never really about me not being good enough
it was about you maintaining your phobias.

The Fear I Long For by Valerie Parente 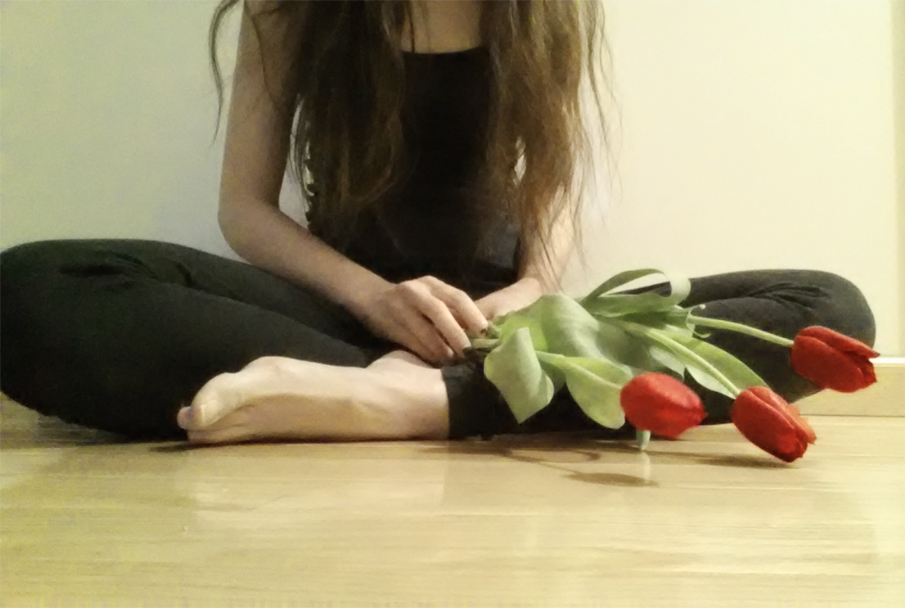 I am tense where I am supposed to be open
So I pretend that this is a voluntary means of coping
Just a treasure I’ve been withholding.
But the truth is I have no control
of the impossible pain that takes its toll.

I am a lock who is supposed to love a key.
The very thing meant to set me free
is the same cause for my strong agony.
What they call the highest of highs
comes through me as the loneliest night.

I am exhausted when I am supposed to be energized.
They say this problem has psychological ties
manifesting as fear deep inside.
But if this is true then why can’t I recall
the very trauma that started this all?

For so long I was stuck with this mystery.
Where could I find this abnormality?
After they pointed out reality
I read into how this condition thrives
but I am still left wondering why. 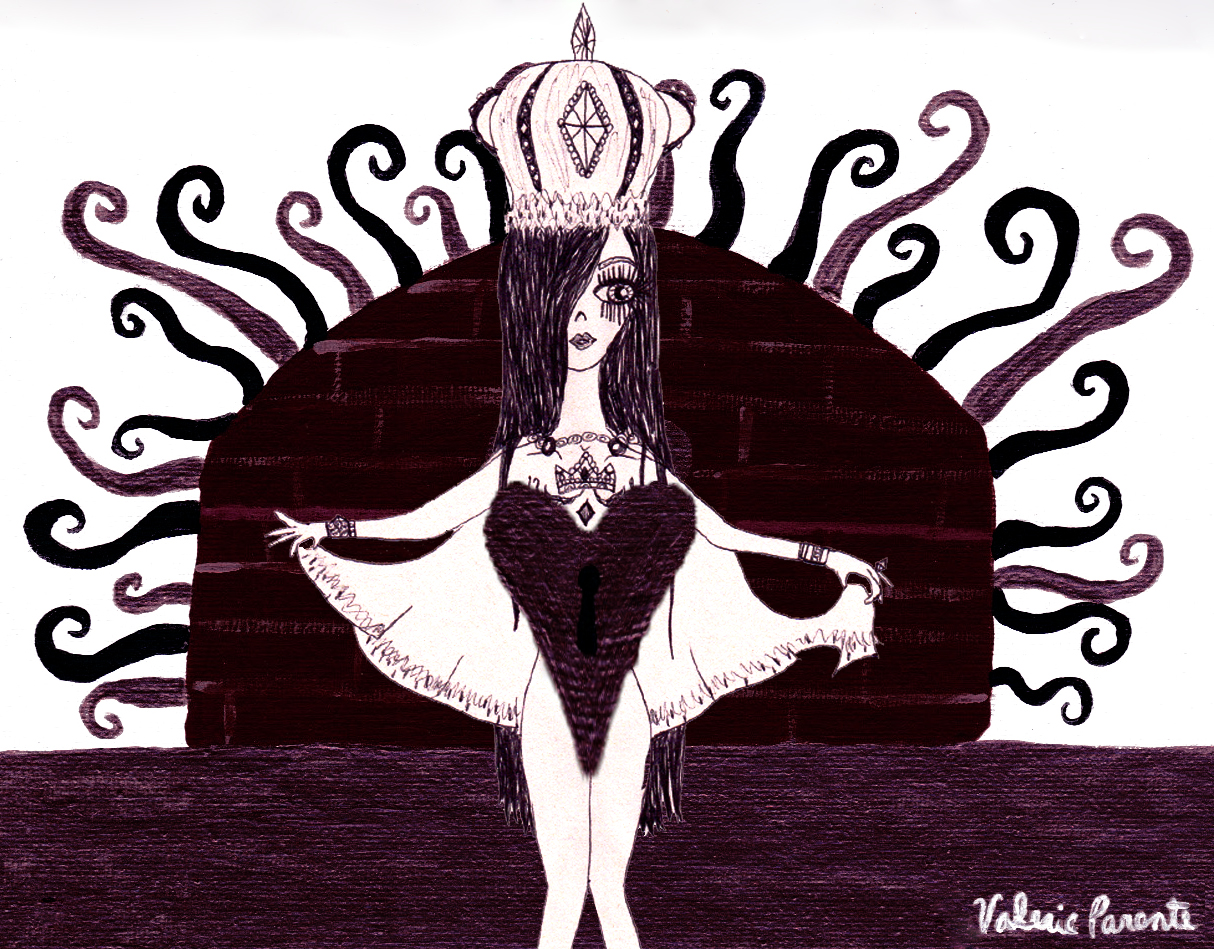